The founder of hip-hop on humble beginnings, musical evolutions and the origin of a billion-dollar business

It was 11 August 1973 and Cindy Campbell was throwing a back to school party. She had asked her brother to DJ the event, which would be held in the recreation room of their building at 1520 Sedgwick Avenue in the Bronx. Cindy planned to charge admission at the door — a quarter for girls, 50 cents for the boys. She wanted to use the proceeds to buy new clothes for the upcoming school year.

Cindy's brother was known by most as DJ Kool Herc — a name that alluded to the Greek God of strength, Hercules. An up-and-coming DJ looking to make a name for himself, Herc understood that a party lived and died on the dancefloor, and so he found what set it off. As Herc’s hands worked across two parallel turntables, he unknowingly ushered in a new era of musical culture, laying the foundation for what we now call hip-hop. 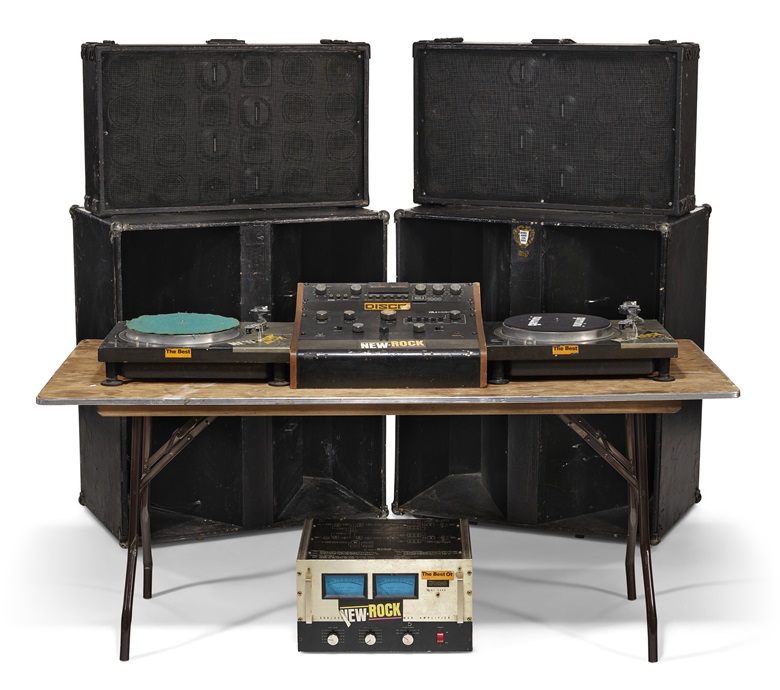 Introducing a technique he called ‘The Merry-Go-Round,’ Herc pioneered a way to strip down the music by isolating the percussive nature of the ‘breakbeat,’ the instrumental section that is considered a ‘break’ from the main musical pattern. It was during the ‘breaks,’ he noticed, that the crowds would hit the dancefloor. Using two copies of the same record, Herc was able to shift quickly from break to break by allowing a second back-cued record to continue the beat as the first record reached its end.

With ‘The Merry-Go-Round,’ Herc turned a seconds-long moment into prolonged minutes of dancefloor action, allowing the break boys, or ‘b-boys’ as he dubbed them, to take over the floor and battle with their bodies in rhythm to the music.

The technique he introduced that August evening became the cornerstone of hip-hop, cementing Herc as the genre’s universally recognized founder. From 4-18 August, Christie’s will present DJ Kool Herc & The Birth of Hip-Hop, an online auction of his and Cindy’s private collection that charts the early stages and ultimate rise of a now ubiquitous culture.